I Just Didn’t Do It 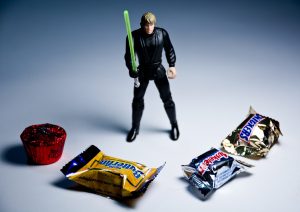 Walk with me on this…

You’ve had a particularly tough, busy day.  Yet, you still have five prospect calls to make.  You just feel you’re all out of willpower to make those calls.  So you don’t make them.

Sometimes it’s easier to think of willpower…or the lack of it…when you’re trying to resist the newly baked chocolate chip cookies or that pint of Ben & Jerry’s Chubby Hubby.

You’ve just experienced the problem with how we think about and deal with willpower.  If you believe it’s a tank that’s empty, it is.  But in reality, running out of steam has nothing to do with your willpower.

One of our favorite authors and scientists, Carol Dweck, has conducted studies that show ego depletion…the expiration of willpower…shows itself in people who believe their willpower is a limited resource.  In essence, you were “all out” because you had a tough day.  You spent all your willpower.

You’ll give up on tasks that don’t engage you.  That’s what’s really happening.  You can power through the stuff you hate for a while, then you’re exhausted.

Your willpower isn’t limited when you think of it as an emotion.  Your joy has no limitations, for example.  If you listen to and treat your exhausted willpower as an emotion, you can find new paths to do the things you just really don’t want to do.

How about cashing in the idea of willpower and replacing it with the Power of Will?