As you look at your goals for 2021, did you set a goal for doing good along with one for doing well?

One of the great blessings of having financial success is the opportunity it creates for giving back…for doing good.

There is a long and honorable tradition of entrepreneurs using their resources to serve and support the community.

One of the earliest pioneers of this tradition is also often recognized as the “first black woman millionaire,” Madam C.J. Walker. 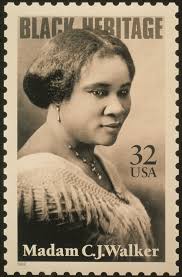 To say that Walker was self-made would be an understatement. She was born as Sarah Breedlove on a Louisiana plantation in 1867, the daughter of two freed blacks. Both of her parents died by the time she was seven years old. She was married at 14 and widowed with a young daughter by the time she was 20.

The young widow moved from Louisiana to St. Louis, where she worked as a laundress and cook to provide for her daughter. Definitely not an auspicious start.

Walker was almost 40 when her life took the turn that would lead her to her ultimate success. Can you relate? So many of our successful clients have similar experience with finding their greatest success after 35, when they leave the world of working for someone else and move into creating their own businesses and working for themselves.

In 1904, Sarah began working as a sales agent for Annie Turnbo’s hair care company and within two years, created a company of her own. The story goes that she had a dream where she received the formula for a hair-growing tonic. Taking the dream into her kitchen, she began making the tonic and selling it door-to-door.

Over the years, the business reached annual revenues of $500,000…an awesome figure even by today’s standards. By the time she died, Madam Walker’s individual financial worth reach more than $1 million.

In addition to her role as a trailblazer for black female entrepreneurs, Walker leaves a powerful and lasting legacy in doing good by doing well.

Over the course of the years, she trained over 40,000 black women and men in business and the art of sales. She became a strong advocate for economic independence for people of color, especially black women.

Walker was a strong proponent of education, financially supporting scholarships for black students at the prestigious Tuskegee Institute. She was also a major contributor to the NAACAP, providing considerable support to their progressive campaigns including anti-lynching initiatives.

Women business owners and entrepreneurs can be proud heirs to Madam Walker’s legacy dual legacy of entrepreneurship and community support.

When you set your own goals for financial success, what kind of goals are you setting for contributing to the common good?

What powerful legacy will you leave behind? 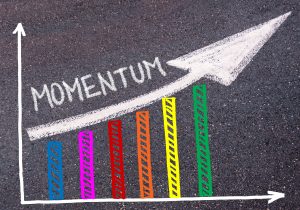 It’s starting. Right about now, people who began the year with great intentions are hitting their first stumbling block…the first challenge to their resolve.

Is it happening to you?

If so, what you do now can make all the difference in succeeding or having a year where you don’t quite meet your goals.

What will it take to make sure that you get to the end of the year celebrating successfully reaching – or even exceeding – your goals?

It’s all about having a Momentum Mindset.

Momentum is the quality of remaining in motion. The Momentum Mindset is the belief that you will continue moving forward despite obstacles or missteps. With a momentum mindset, there are no stop signs…only caution signs and direction signals.

People with a Momentum Mindset are successful because they do these things:

For example: “Until recently, we’ve had slow sales in the first quarter,” or “ That project just isn’t going anywhere yet.” These simple shifts allow for the possibility that things can be different and that success is possible.

Now is the time when the burst of energy and resolve that you started the year with may be wearing thin, particularly if things are not moving as quickly as you anticipated or you are facing an obstacle. Meet this challenge with a Momentum Mindset, focusing on the possibilities, rather than the problems.

Keep moving…it’s the key to success.

It’s Inauguration Day. No matter what your political leaning, this is a day to think about the long line of presidents who have taken that oath.

Each has brought a unique set of skills and talents to the job and every one of them has had an ambitious set of goals to be achieved.

So how did they do it?

The same way all of us do…by setting priorities, using time wisely and managing their tasks.

Politics aside, at least one past president’s system has been followed and adopted long since he left office:  Dwight D. Eisenhower!

His system of prioritizing time and tasks has become known as the Eisenhower Matrix and it’s used by countless numbers of highly successful people in all walks of life.

The system was popularized by Stephen Covey in his book, 7 Habits of Highly Successful People, that has practically become required reading for anyone wanting to succeed in business.

Here’s how the matrix works.

Tasks are divided into four quadrants based on their urgency (how quickly they must be done) and their importance (how critical they are to the success of the effort). The amount of time spent on specific task quadrants and the order in which the quadrants are addressed ensures that the greatest effort is spent where the result will be highest. 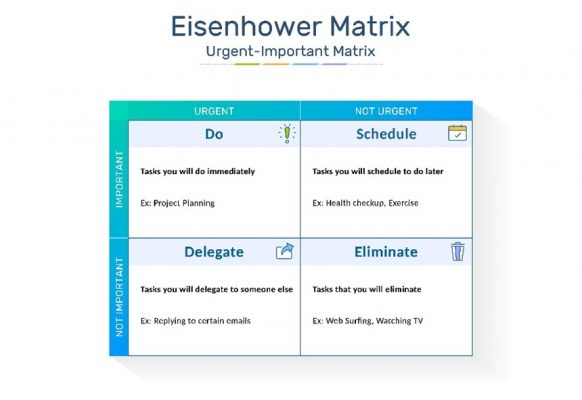 Getting clear on which task goes into which quadrant helps to avoid time-wasters and distractions that can delay or derail meeting your goals.

It’s pretty obvious that top left quadrant is what needs to get done first and the bottom right is what falls off the list entirely…at least for now.

Learning to sort out what goes into the “schedule” box versus the “delegate” box is a key quality for good leadership…and a place where “perfectionist paralysis” can keep you stuck.

Some leaders use the matrix to set their daily task allocation, some do it weekly. Still others use it first for their annual goals and then break it down into quarterly, monthly, weekly or daily lists.

Think of it this way. The biggest, broadest categories are placed into the matrix as your annual goals. Quarterly objectives or success measures are the next level of detail. Monthly and weekly milestones come next and daily tasks are the fine details that guide your time each day.

Used effectively, the matrix can be a tremendous tool, but it’s important not to let the tool become a tyrant. Spending too much time completing the matrix, rather than actually doing the work can be a waste of time.

Once you become accustomed to thinking in terms of the matrix, it will feel more natural and things will fall into place more easily.  The broad outlines don’t need to be revisited too often and the daily ones can be kept small.

On this day of presidents, think back to one whose term likely began before you were born, but whose wisdom can guide you to great success.  Eisenhower got it right…and you can, too.