We’ve invited some of our friends, colleagues and clients to talk with us, teach us, show us what we cannot see or know as we do not walk in their shoes.

Please read and appreciate what she has chosen to share, a deeply personal story of where her strength and belief comes from in good times and stupid times.

Thank you, Crystal, for your wisdom and willingness to share. 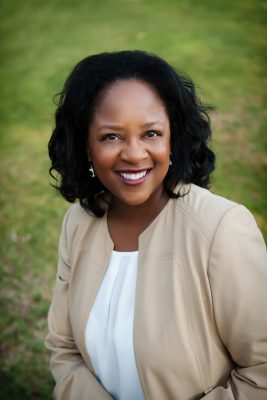 I had a meeting with myself today.

I do it when I need to examine my thoughts and feelings to make sure I’m on track. I’ve been doing it a lot lately, and I’ve been a bit surprised at what is bubbling up.

I finally could put a name to it…guilt. I’ve been feeling some survivor’s guilt because there are so many people who look like me — people with black and brown skin – who have not had the advantages in life I have. People whose experience of racism and racial injustice has been so much harder than mine.

It brings me to tears to see it and hear about it. And in some ways and at some moments, it makes me feel powerless…an unwelcome and unfamiliar feeling. I’ve always felt strong and sure of myself.

I know it’s largely because of my father that I am where I am in my life. The things he said to me growing up have stayed with me, and I hear his voice in my head when I need a reality check.

My maternal grandmother lived all her life in the housing projects in Brooklyn, New York, and that’s where my mother grew up. It’s where she would have stayed and where I would have grown up had it not been for my father.

My father was in the military and because of his service to our country, my parents were able to rise up from their humble beginnings. We lived many places, including a comfortable community in New Hampshire. My dad was clear and certain about the life he was providing for me, my brother and my sisters.

My father made sure we had the tools for that success. Though his method of delivery of this message was not always gentle, it was always consistent. He let us know it wouldn’t be easy. He instilled in us that we would “have to work twice as hard for half as much”, that people would judge us not only by our actions, but upon their expectations of who we were. He demanded we speak clearly, have a good vocabulary, study hard and behave well.

Now I heard his words more strongly in my ear than ever before. He told me people who didn’t look like me would be carrying a whole load of myths and misconceptions about me because of my skin color and I’d need to be good enough, strong enough, to clear away that load before they could see the real me…competent, educated, kind and respectable.

I was fortunate enough to only encounter (for the most part) more subtle racism until my later adult years, the last three or four years in fact. The veiled racism I was able to “put aside” emotionally, has now been replaced by a more overt racism.

Like the first time I was pulled over in my Lexus…the one I was so proud of and worked so hard for…and the officer’s first question was not, “may I see your license and registration,” but “who owns this car?” Or the time a well-meaning colleague asked me if I ever felt I had lost business when people found out I was Black. Of all the reasons I thought I might not sign a particular client, being Black was not among them. It hurts to know maybe it should be.

So, back to the meeting with myself, the other thing bubbling up is grief. In the last few years, I am carrying myself differently in the world than I used to. More cautiously, more guarded, more watchful. I am carrying myself with a sense of hesitation. A true departure from whom I have always been.

I will remind myself of my father’s voice. By telling myself I will not let those negative outside voices dictate who I am. The voice that says, “work twice as hard. Operate ethically, keep your head up. You are worthy.”

I will walk into my business as the leader I know I am, the subject matter expert who does important work with impeccable quality, as I have done my entire career.

Outside of work, I may have my moments of despair or feeling powerless. Of hearing the rage and racism.

But when I enter those doors or put my work hat on, I am only hearing my father’s voice as it blends with mine. They have become one and the same.

And to my colleagues who look like me, who are doing this important work, I say don’t allow those hateful individuals and their opinions to occupy a space in your brain.

We’ve learned some things from this unprecedented time in our country, absolutely. And that’s okay, because if we stop learning, we stop living. But remind yourself you are worthy, that you have proven yourself and cleared away those boxes so people could see the real you.

Whoever it was who spoke to you like my father spoke to me, hear THAT voice and make THAT voice so strong and so powerful in your head, there is no room for the doubt. If that person does not exist in your life, feel free to borrow mine.